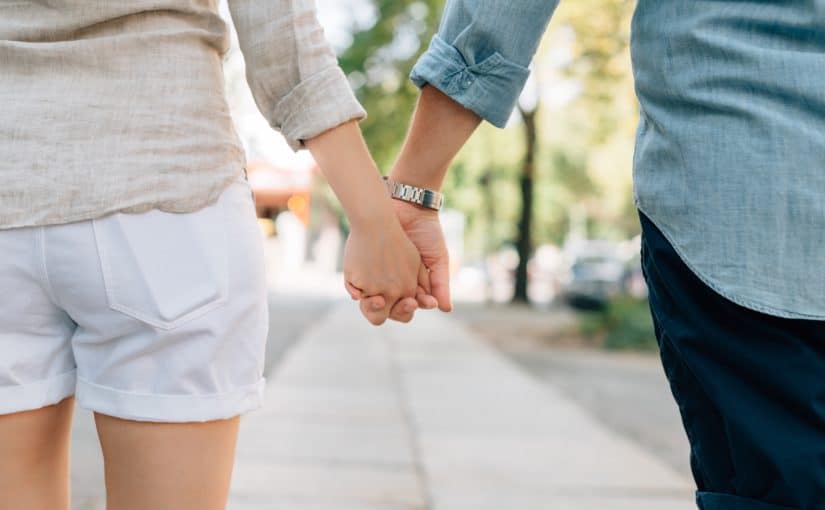 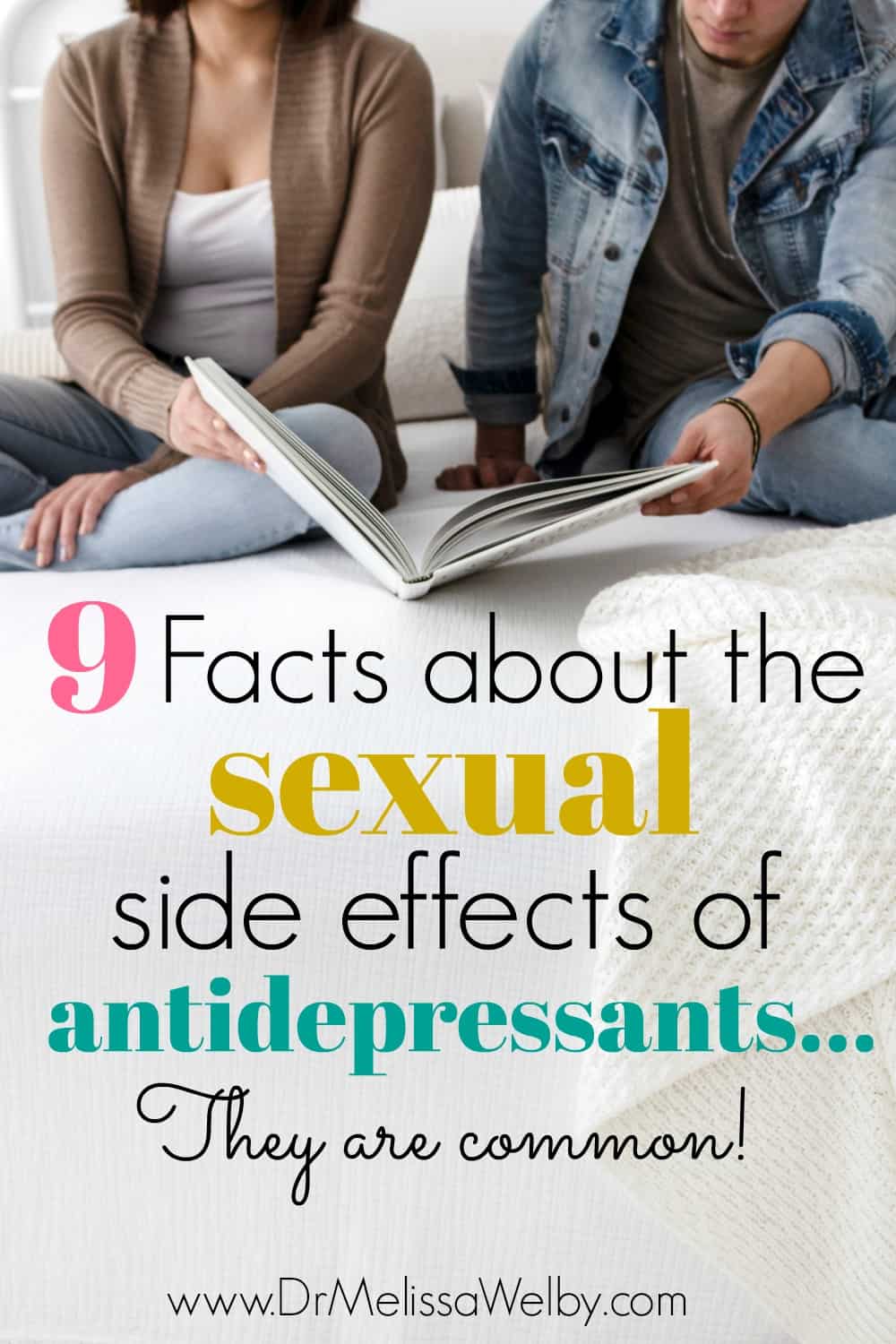 9 Facts about antidepressants sexual side effects: 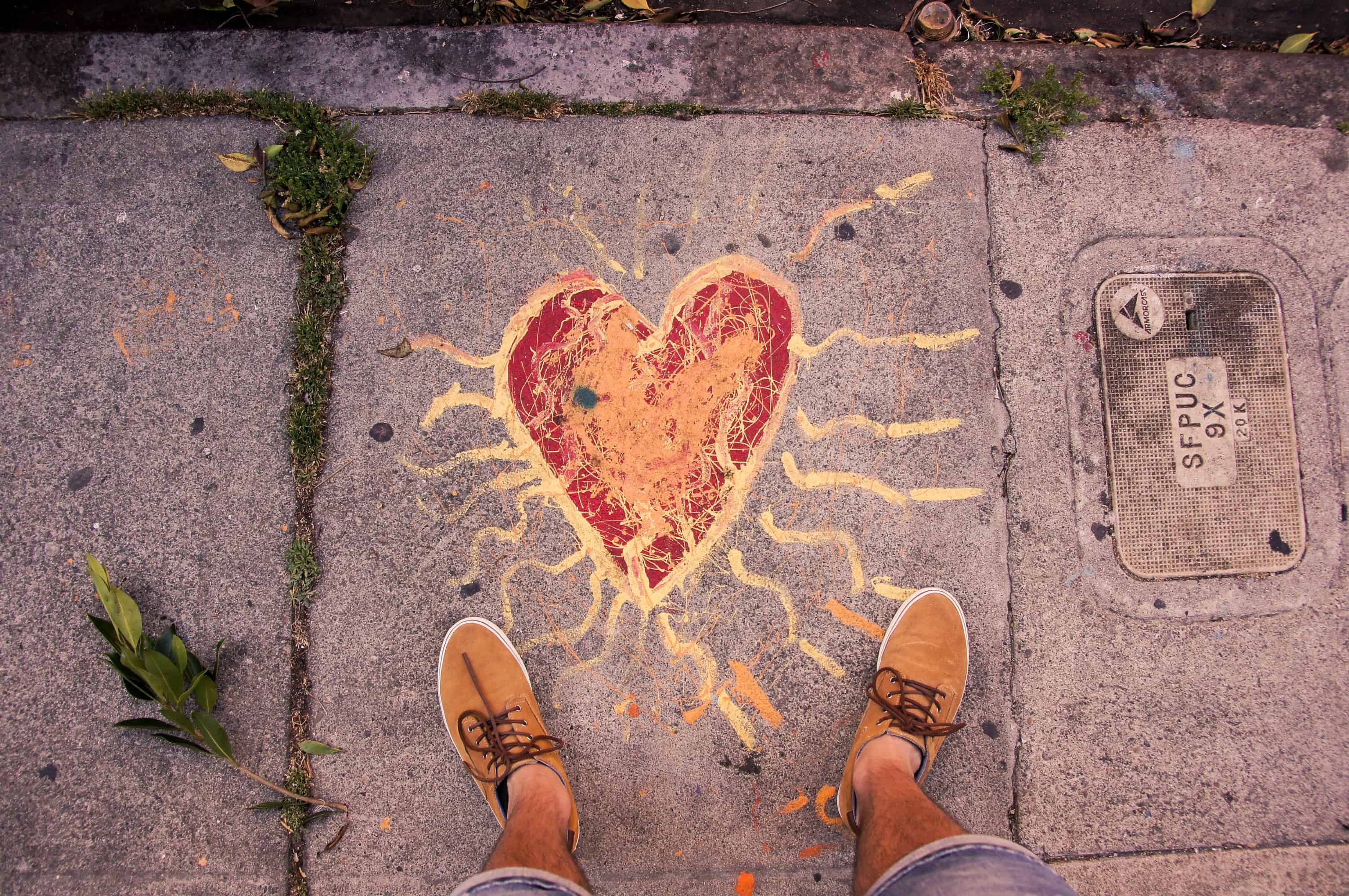 2. Sexual side effects are not permanent:

3. Don’t try to skip doses to minimize sexual side effects of antidepressants. 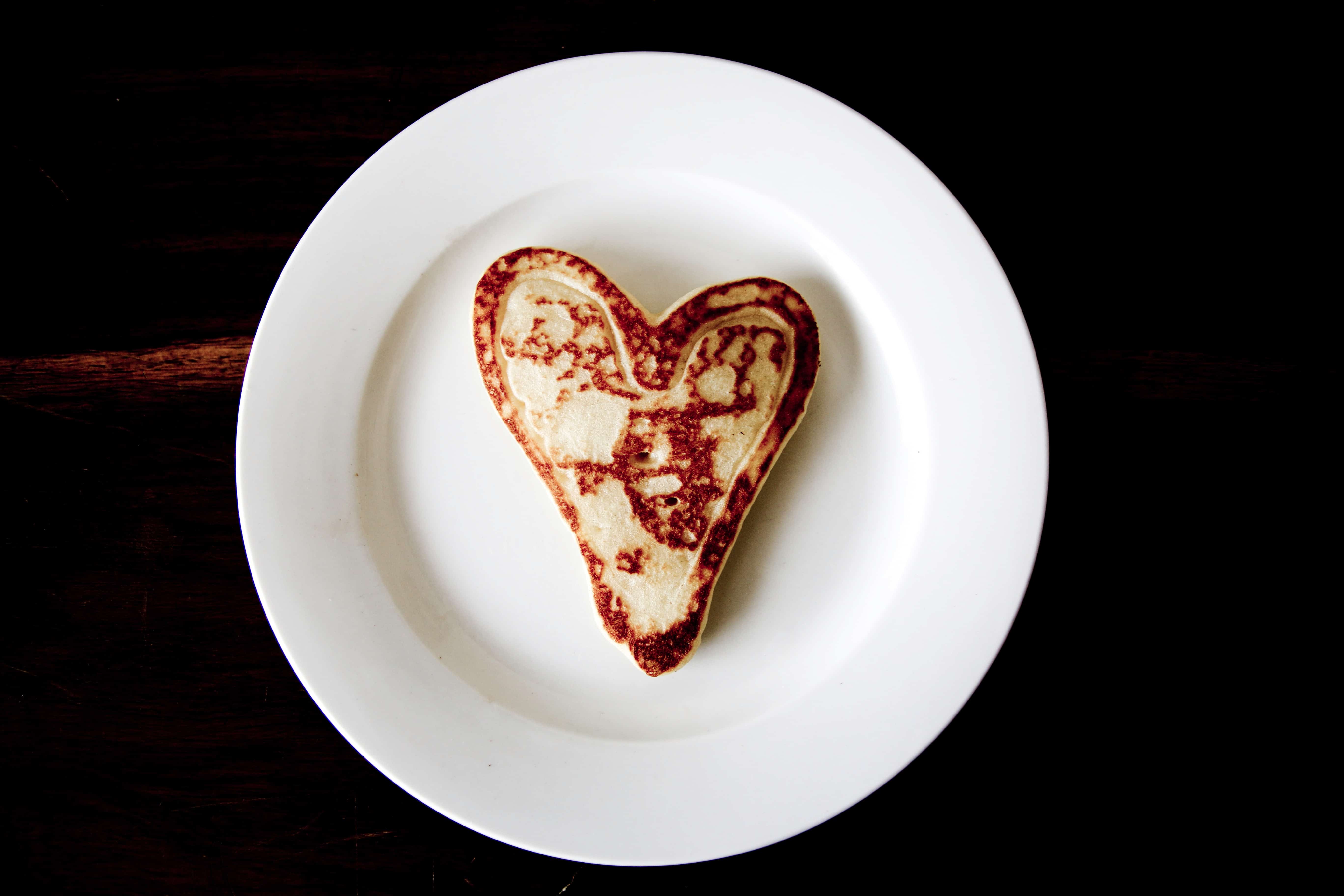 It is not helpful to skip the antidepressant on a day you may want to be sexually active. As I previously said, antidepressants take time to come out of ones body (weeks even) so skipping a dose on the same day will do nothing to minimize sexual side effects.

4. Antidepressants and sexual side effects vary in severity

Often people are uninterested in having sex while depressed. “I don’t want to have sex now. How will I know if I’m having this side effect?” Great question! As one’s depression is treated the interest in being sexually active may return. If the interest is there but the ability to get aroused isn’t, this could be an indication of antidepressant sexual side effects and not depression interfering with sex drive.

6. The least chance of antidepressant sexual side effects: 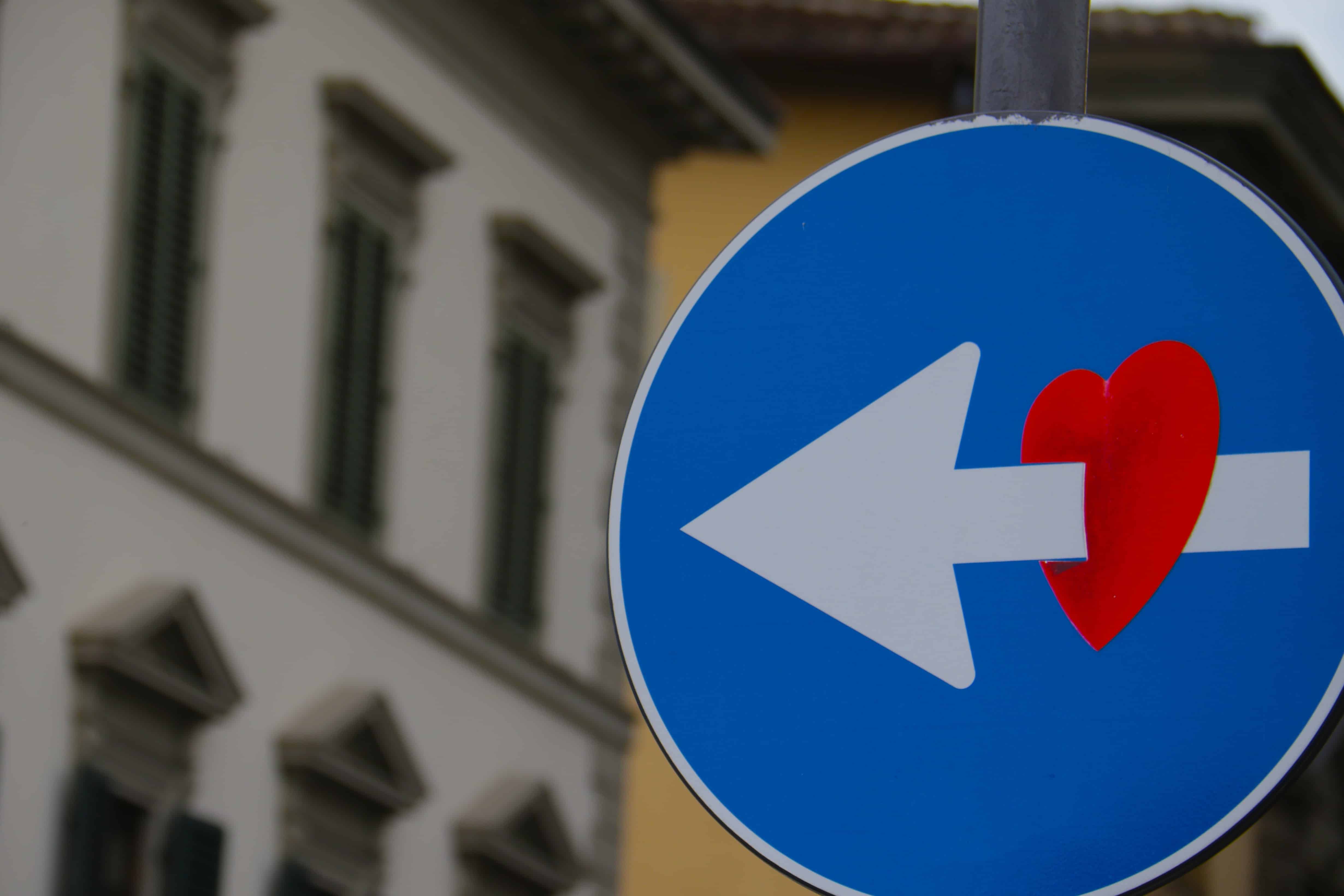 Wellbutrin and Remeron have the least chance of sexual side effects although may not always be an appropriate first choice for one’s medication. There are many factors that go into the decision of which medication to start: 6 Questions You Must Ask Before Choosing an Antidepressant

7. Initial claims of low sexual side effects. Can we believe them?

It seems as if every new antidepressant that comes to market claims low sexual side effects. Although I wish this to be true, I have become a skeptic because it seems that clinically, these claims do not pan out. First off, the initial research done is usually “industry-sponsored” (meaning paid for by the company who is making the medication) and the industry knows there is a huge market for antidepressants that don’t cause sexual side effects. Studies funded by parties very interested in one particular outcome are rife with possibilities for bias.

8. Antidepressants sexual side effects may not happen on a different medication.

Just because a person gets side effects on one antidepressant it doesn’t mean they will get them on the next one even when the other antidepressant has the same risk.

9. Trying the same medication again may not cause the same sexual side effects.

If there is a reason to retry a medication that previously caused sexual side effects it is not guaranteed the side effects will happen again. I don’t know why this happens but I have seen this several times in practice.

Sexual side effects of antidepressants: 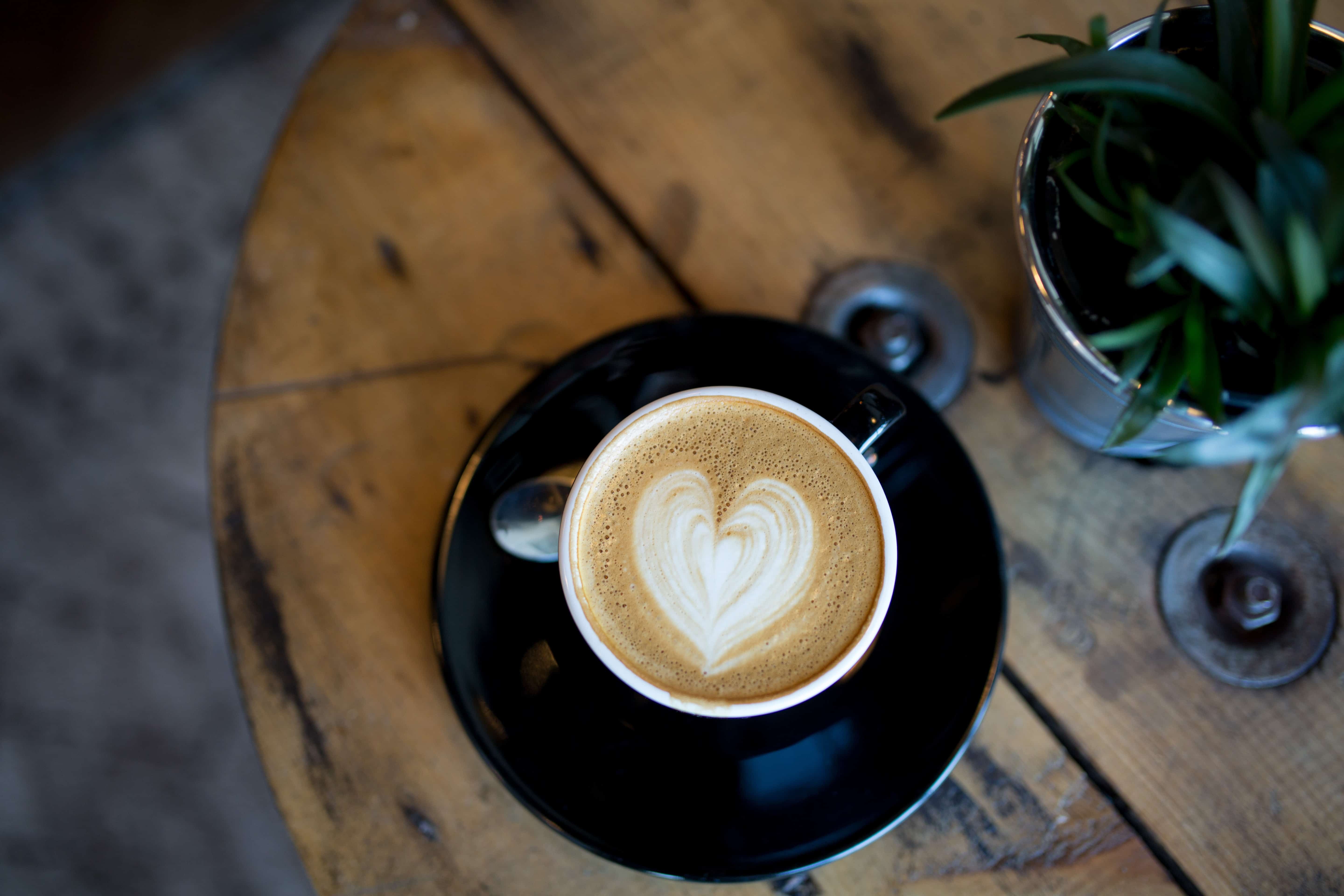 If you are experiencing antidepressant sexual side effects bring it up with your physician. It is common and we hear it all the time. We will not be shocked!

Interested in reading more about treatments for depression and antidepressants?

Here are my most popular posts:

8 Facts About Antidepressant Side Effects

Worried about having side effects on an antidepressant? Want to know what to expect when starting one? Signup here to go right to the link!

2 thoughts on “9 Facts About the Sexual Side Effects of Antidepressants: They are common!”